Residents of a Blende neighborhood who have struggled with high water rates and interrupted service for years is switching water systems after settlement of a court case.

The Zinno subdivision, which had been served by Joseph Water Co., will now be part of the St. Charles Mesa Water District, which completely surrounds the neighborhood. 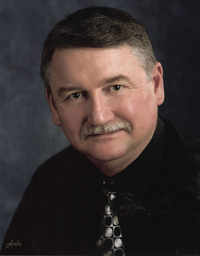 "Joseph Water will take its final readings (Saturday) and hand us the keys," said David Simpson, manager of the St. Charles Mesa Water District. "We're in good shape to take on something like this."

There are 97 homes in the Zinno subdivision, which is located just south of the Mesa Drive-in between 20th and 21st Lanes. Joseph Water provided service to the area from an aging well. Service was interrupted several times beginning in 2009, and the operator was located in Woodland Park.

While improvements to the system were made, customers still complained of high rates. Some bills were as high as $300 per month. Lawns in the neighborhood were dying and frustration grew.

"It only took nine years, but we're tickled to death," said Dan Molello, a property owner who organized neighbors into a group that unanimously supported joining St. Charles Mesa. "This will help improve both the property values and the quality of life. We're excited and pleased."

Winner credited a visit to the dentist, where an employee -- practically in tears -- told him about the problems with water in the Zinno neighborhood. Winner said he had read stories about the Zinno problems, but the personal testimony convinced him to take action.

"I went back to my board, and they agreed we should do something," Winner said. "I give the Pueblo County members, particularly Anthony Nunez, credit for pushing this forward."

The county pledged $200,000, and Winner lined up another $125,000 in state grants. The funding was meant to hook up Zinno to St. Charles. Residents contended they could receive service from any water provider. But the plan hit a snag when Joseph Water threatened a lawsuit, and grants were put on hold.

The lawsuit was settled last month, when Joseph Water agreed to sell its franchise to Zinno for $250,000.

"Our plan is to disconnect them from that water system and put them on ours," Simpson said. "On Monday morning, they'll be hooked into our water system."

The SCMWD Board meetings are held on the second Wednesday of every month. The 2022 dates are listed below. The meeting agenda is posted at the District office.

Below are the yearly Consumer Confidence Reports (in Adobe PDF) as released by the St. Charles Mesa Water District.

If you don't have Adobe Acrobat Reader to view the above documents in pdf, you can download it for FREE by clicking the logo below.